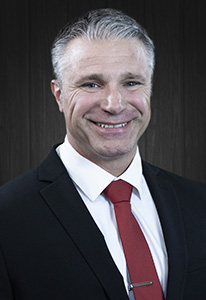 Jerry Sisk, President/Owner of Mottaz & Sisk Injury Law, is an accomplished Minnesota workers’ compensation attorney who dedicates his practice to helping injured workers and improving the workers’ compensation system. He grew up in Plymouth, MN. After attending Wayzata High School, he went on to Michigan State University before graduating from the University of Minnesota Law School. Following law school, he worked at Heacox, Hartman, et al. representing insurance companies. After several years, he transitioned to helping injured workers.

Jerry, his wife, three kids, and chocolate lab reside in Blaine, Minnesota. When not practicing law, he enjoys spending time with his family and coaching his kids’ activities. 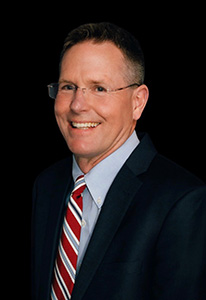 Mr. Kempston has been practicing law since 1992. He worked as an insurance defense attorney for four years before coming to work with Mr. Mottaz. This background provides him with a unique perspective when pursuing the rights of injured workers. Described by his peers as “aggressive yet reasonable,” Mr. Kempston is a strong advocate for the injured worker.  He co-authored a chapter on medical benefits in the Minnesota Workers Compensation Deskbook.  He has been designated a “Super Lawyer” since 2000, by Thompson Reuters.  He is also listed in The Best Lawyers in America as seen in Minnesota Monthly.  Mr. Kempston possesses an AV rating from Martindale-Hubbell.  He has written a book on the practice of law, entitled That’s Why They Call it Practicing Law (2017)—available at Amazon. 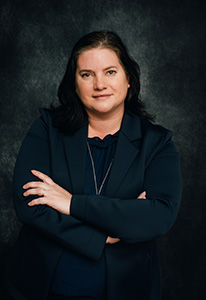 Cheri helps her clients navigate workers’ compensation, employment law and personal injury claims. She listens to what is important to her clients and leads them to the most successful outcome for their situation.

Cheri has more than 16 years of litigation experience and representing clients in state and federal court. She is a go-to for other attorneys seeking advice on case strategy and common-sense problem solving.
Cheri prides herself on putting her clients at ease throughout the legal process and empowering them to take the next best step to move their lives forward.

Cheri enjoys learning about leadership, cheering-on her three kiddos, and supporting her talented husband, Jerry. And, she often finds herself trying to keep her floppy chocolate lab out of trouble.

Contact Cheri today to schedule a time to discuss how she can help you with your case. 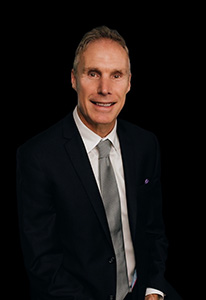 In his spare time, James enjoys traveling, spending time with his family and his friends. Jim is also an avid runner and biker.

James A. Batchelor focuses his practice on representing clients with all varieties of personal injuries including but not limited to: work injuries, motor vehicle collisions, dog attack injuries and construction accidents. Additionally, he represents disabled individuals in connection with claims for social security benefits and short- and long-term disability benefits. 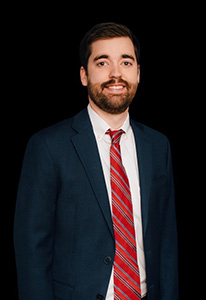 With a background in insurance and sales, Mr. Riebel combines his experience with his passion for advocating for his clients. Max worked in the insurance industry before going to law school and uses that experience to help better serve his clients by getting to the root of issues and helping resolve them before they become a bigger problem.

Max is a graduate of the University of Minnesota and the University of St. Thomas School of Law where he made the Dean’s list, was an editor of a Law Journal, and received the Dean’s Scholarship. While in law school, Max worked for multiple Minneapolis firms getting experience in diverse practice areas including personal injury litigation, business litigation, and transactional work. Max also has experience as an extern for in-house counsel in the private sector, an extern for a judge in Family Court in Hennepin County and as a law clerk in the 4th Judicial District. This wide range of legal experience allows him to effectively communicate issues with his clients and gives him broad perspectives to base meaningful decisions. Outside of work, he enjoys spending time outdoors whether it is hunting or fishing with friends and family , spending time golfing, or at the lake in the summer. 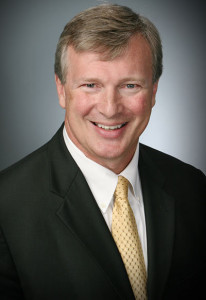 Mr. Mottaz has been representing injured workers since 1981. His experience includes numerous cases within the Workers’ Compensation system to the Minnesota Supreme Court. Mr. Mottaz has earned a reputation for being a strong advocate for the rights of injured workers. He is a recognized authority in workers’ compensation law and has written and lectured extensively on the topic. He is a co-editor of the Workers’ Compensation Deskbook, a recognized treatise on Minnesota workers’ compensation law. He is listed in the Best Lawyers in America (Naifen & Smith), Who’s Who in American Law (Marqueis) and Law and Leading Attorneys (American Research Corporation) and has been designated “Super Lawyer” by the Minnesota Journal of Law and Politics. He has an AV Martindale-Hubbell rating. 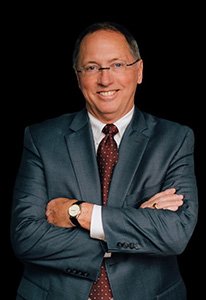 Mr. Peterson has been in practice since 1980, limiting his practice to the representation of injured workers.  Having tried over 1,000 cases in the Minnesota Workers Compensation Court, he is recognized as one of the most experienced trial attorneys in the state.  In addition to representing clients at the trial level, Mr. Peterson has also appeared frequently at the Workers Compensation Court of Appeals and the Minnesota Supreme Court advocating for injured workers. Over the years, he has lectured to other judges and attorneys extensively on Workers Compensation issues at a variety of Continuing Legal Education seminars and has been an adjunct professor teaching Workers Compensation for over 10 years at William Mitchell College of Law, St. Thomas Law School and Hamline University Law School. He has an AV rating from Martindale-Hubbell. He is also listed in Best Lawyers in America, and has the distinction of being designated as a “Super Lawyer” by the Minnesota Journal of Law and Politics each year since the inception of the program. 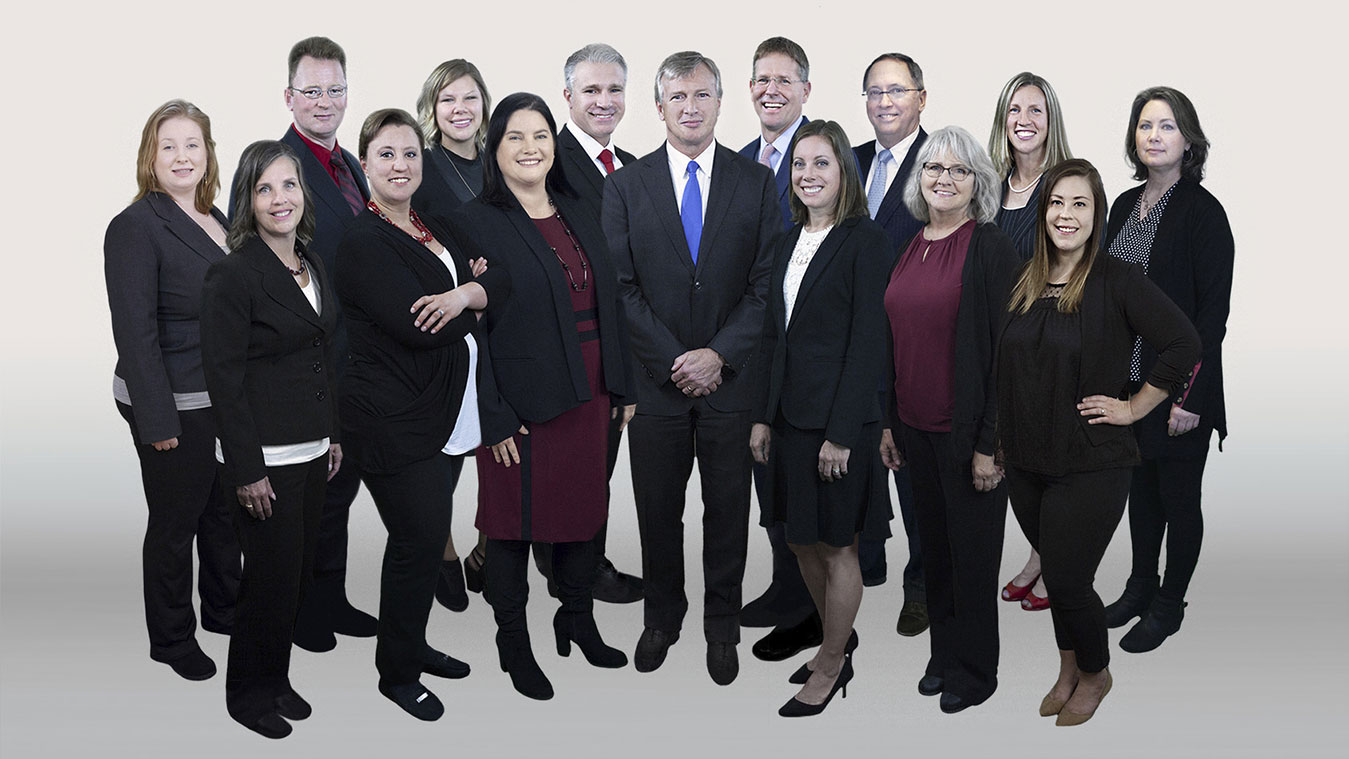 Our support staff is well trained and highly experienced. Our legal assistants, legal secretaries and administrative staff have years of knowledge and experience in helping injured workers. Because we limit our practice to representing injured workers, we provide professional, competent and efficient services. Our firm seeks to provide excellent customer service. We emphasize maintaining open and ongoing communication with our clients. We strive to satisfy our client’s needs and objectives. While our clients focus on recovering- we focus on securing the benefits they deserve.

David Kempston, The College of Workers’ Compensation Lawyers – Class of 2020 Thomas Mottaz 2013 Minnesota Association of Justice Member of the Year

Minnesota Work Injury and Social Security Disability Attorneys. Devoted to getting you the benefits you deserve.